It might be hard to believe that a country as new as Bangladesh would be considered one of the best textile and garment economies. Today, however, the Bangladesh Textile and Garment industry is thriving! There is a story behind every successful economy, and Bangladesh has its own story worth exploring.

Bangladesh’s economy is mainly based on its Textile and Garment industry.

Recently, Bangladesh managed to score a 79% rise in its annual revenue from Bangladesh’s textile exports, making it one of the largest textile industries in the world.

This miraculous leap in their revenue from Bangladesh’s Garment industry cost the lives of 40,00,000 workers.

The Dhaka Collapse: Rising from the Ashes:

They were alright economically, but the workers had to pay the price by working in extremely poor working conditions. Absolutely No one batted an eye until a massive tragedy shook the grounds of Dhaka.

It was the 24th of April 2013, and factory workers were following their usual schedule, making the best of what they had in a factory called Rana Plaza. The building collapsed on them, killing off more than 1100 workers under its roof, and leaving 2500 injured. The reason for the collapse was the poor structure design of the building. It is difficult for natives of first-world countries to even imagine such a tragedy. For the Bangladeshis, however, it was reality.

It was a wake-up call. April 2 marked the most catastrophic tragedy to ever happen in the garment and textile industry.

On one hand, it was a tremendous loss for the textile and garment industry in Bangladesh, and on the other hand, it was a rebirth of their entire economy. Following the Dhaka collapse incident, thousands of workers took to the streets to protest. On International Workers’ Day, many more came out on the streets demanding workers’ rights. The matter was eventually settled as the Bangladeshi Government started to take its’ working conditions more seriously as a response to the protests. An accord was signed which ensured factory safety standards called the “Accord on Fire and Building Safety in Bangladesh.”

An Ethical Industry, a Thriving Industry:

This change brought about a turnover in the Bangladeshi textile and Garment industry.

Today’s age is all about fast fashion. Fancy, expensive-looking article of clothing is being sold at a fraction of their price. What we fail to realize is the lesser we pay the companies, the lesser the companies pay the workers. Some luxury brands charge an arm and a leg for one piece of scarf. Being environmentally conscious does not mean that you will pay these companies your precious money in hopes that the workers will be paid what they deserve. It is crucial to understand that more money does not, in any way, equal ethical working conditions and safe factories. The only way we can make sure that our money is going to the right companies is by doing our research.

This way, we can avoid more instances like the tragedy of the Bangladeshi garment industry.

We might believe that the likelihood of any such incident taking place is low.

It is still important to remember that many industries in the world still have a long way to go in prioritizing their workers’ rights, like Egypt, Colombia, and Turkey.

But here’s the Catch:

Speaking of holding Industries accountable, Bangladesh’s Textile and Garment industries are still not off the hook. The Accord on Fire and Building Safety in Bangladesh painted a bright and colorful picture of Bangladesh jobs textile workers’ rights. The darker undertones of the reality of Bangladesh’s stance on workers’ rights still get swept under the rugs. Despite an increase in minimum wage following the protests, Workers’ wage in Bangladesh is still paying less than decent wages to its workers. Protests are still carried out against the discriminations workers still face in the Bangladesh textile exports. They are, however, met with even more discrimination and hostility.

Companies have learned about “Branding” from Bangladesh’s Textile and Garment industry than ethical consumerism. These companies saw value in the “sustainable and ethical fashion” label, and have decided to jump on the bandwagon. These companies, however, couldn’t care less about being sustainable and ethical. This is because being eco-friendly is not easy for companies. Eco-friendliness and sustainable business is not only about producing sustainable goods. Those business models that sell more goods cannot be considered sustainable. Hence for a business to be truly an eco-friendly business, it must turn its business models and practices on its head and stop overproducing.

Most fast fashion companies are very deep into the waters with their increasingly complex production system. The companies like the ones in the Bangladesh garment industry know that trying to make their companies more sustainable will mean turning their companies upside down. This is something that a fast-fashion company cannot afford to do. So next time you see the label “sustainable” or “ethical clothing” on fast fashion brands, know that it’s just rebranding and nothing more.

So, what’s the Solution?

The only solution available to this problem with Bangladesh’s Textile and Garment industry is to start afresh. Bangladesh needs to focus more on new companies that have a business model in favor of sustainable clothing from the very beginning.

Also, for the consumers to support only those companies, which are based around the values of ethics, sustainability, and workers’ rights.

For that, it is crucial to develop the habit of researching the companies you’re buying from. 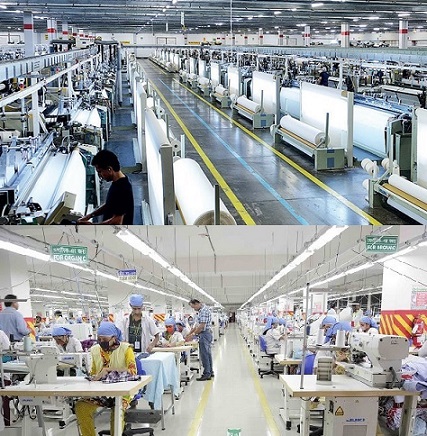